Whistleblowing since May, 2017
The Hawk Outsider Network
the
to
Welcome
Terms of Use
& Legal Disclaimer
The Hawk Outsider Network is a collaborative effort involving three distinct and separate entities:
The Hawk Outsider, Hendricken Parents, and Hendricken Alumni. Each individual group is wholly
responsible for any and all information, evidence, images, audio, video, posts, and tweets presented
on its respective website, Facebook page, or Twitter feed. Furthermore, any and all specific claims, allegations, or implications made are solely the responsibility of the group from which they originate
and cannot be attributed to another group. The three organizations are linked here merely for
convenience, and each group's webpage is monitored and maintained by its own administrator.
Any comments, suggestions, or complaints should be sent via the contact information for that
specific page. Copyright © 2017-2018, The Hawk Outsider Network. All rights reserved.
Follow the story on
Spread the Truth!
No More Catholic Church Cover-ups.
Watch the Hawk Outsider "blow the whistle" on the Hendricken administrators who continue to employ and protect a predator/teacher who solicited "dad/son" sex from a classroom computer and sent pictures of BHHS students to anonymous online hook-ups. The Chaplain, Bishop, and Diocese of Providence do nothing.
Hendricken Alumni
Fighting Bigotry
Spreading Truth
Hendricken Parents
The parents have the index.dat files showing all of the predator's activity on the classroom computer in question. These files show numerous examples of sex solicitation during school hours and even during class. There are also references to sexual encounters at local colleges (Are these former BHHS students who were "groomed" by the predator while still in high school?). Most disturbing is a simultaneous internet search on this classroom computer for pornography and "little children".
The alumni take a stand against the administrators' racism and expose a culture of intolerance, incompetence, and bigotry upheld by these men. Their emails and "jokes" betray their ignorance and prove they are feckless, impotent leaders who demoralize the school community on a daily basis. They have nothing but contempt for students,
teachers, and parents.
These three independently administered sites present overwhelming evidence that three senior administrators lied to parents about the on-campus, sexually-explicit activities of a potential predator at school. These activities included the use of student photos in the solicitation of "dad/son" sex using a classroom computer, disturbing internet searches, and possible grooming of students for future sexual encounters. With the apparent support of the Chaplain, Board of Directors, Diocese, and Bishop, these administrators fired the one teacher who tried to protect students by demanding a real investigation, and they have publicly and maliciously defamed him since then.
The Bishop and current administration continue to employ and protect the predator/teacher.
Our Supporters
Use the Evidence menu (above) to see all the screenshot and video evidence.
THE EVIDENCE
Using the pseudonym jtsmith21226, the predator/teacher uses his classroom computer to solicit "dad/son" sex.
Utilizing a school computer, the predator/teacher (using the name jtbren53) sends an uncensored photo of 18 BHHS students to an anonymous man soliciting sex.
The principal acknowledges the predator's in-school activities and declares,
"This is not a question of him doing it."
In 2018, a group calling itself Hendricken Parents released a 4,000 page data file,
taken from the predator's classroom computer, containing a log of all his
on-line activity. Here we see the predator discussing sexual encounters at both
URI and CCRI. Did the administration or diocese investigate whether or not the predator/teacher was grooming Hendricken students for future sexual activity?
See all the data file evidence, including the predator's internet search for "little children," by visiting the Hendricken Parents page.
The principal acknowledges finding "kid stuff" on a school computer.
Was this prior discovery related to the predator's in-school activities,
and were parents ever informed?
The principal admits that the predator's in-school activities are,
"More serious than I thought." The President declares, "This is like last summer,"
in reference to catching the same predator/teacher bringing anonymous men to
the school campus after hours for sex.
Solicitation of prostitution on a BHHS classroom computer. 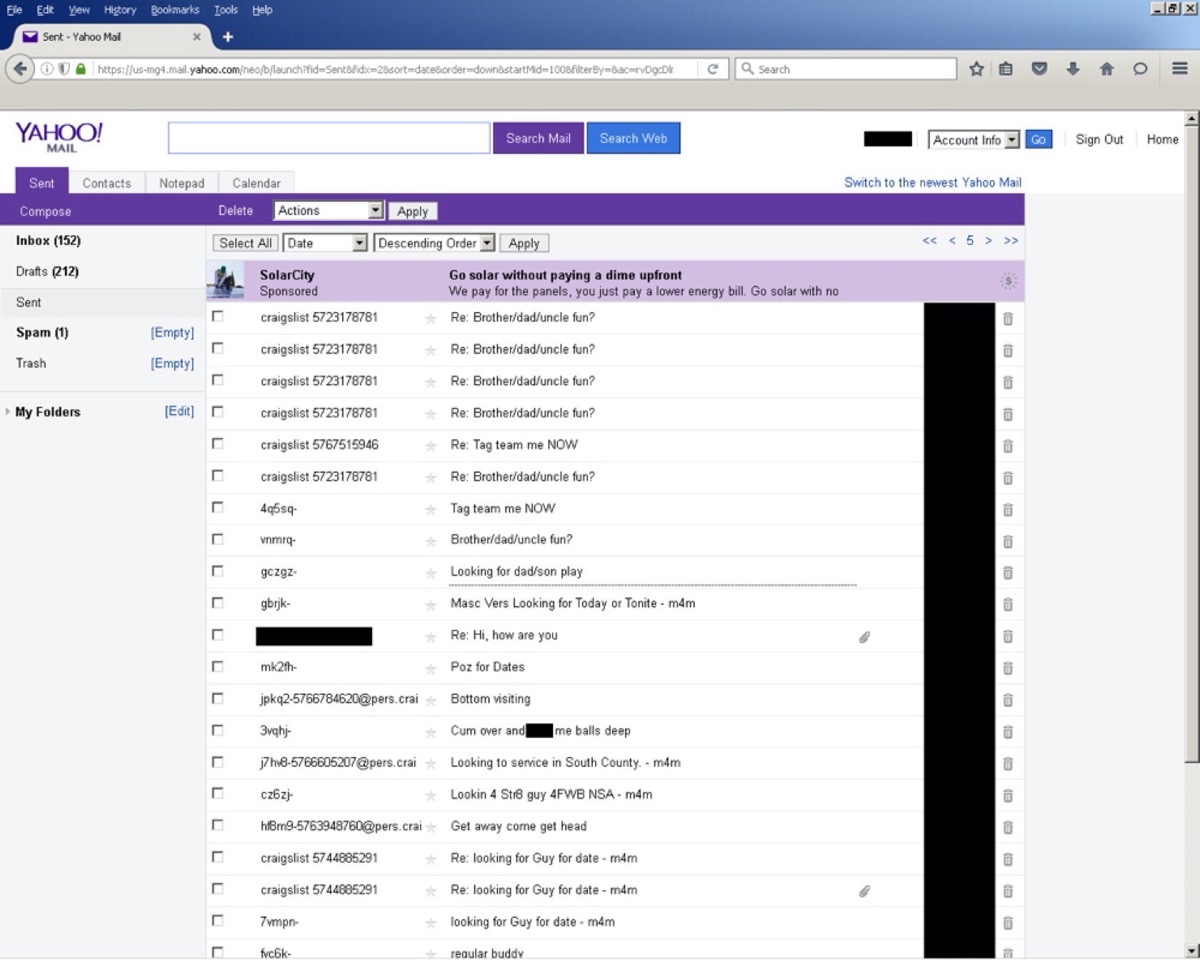 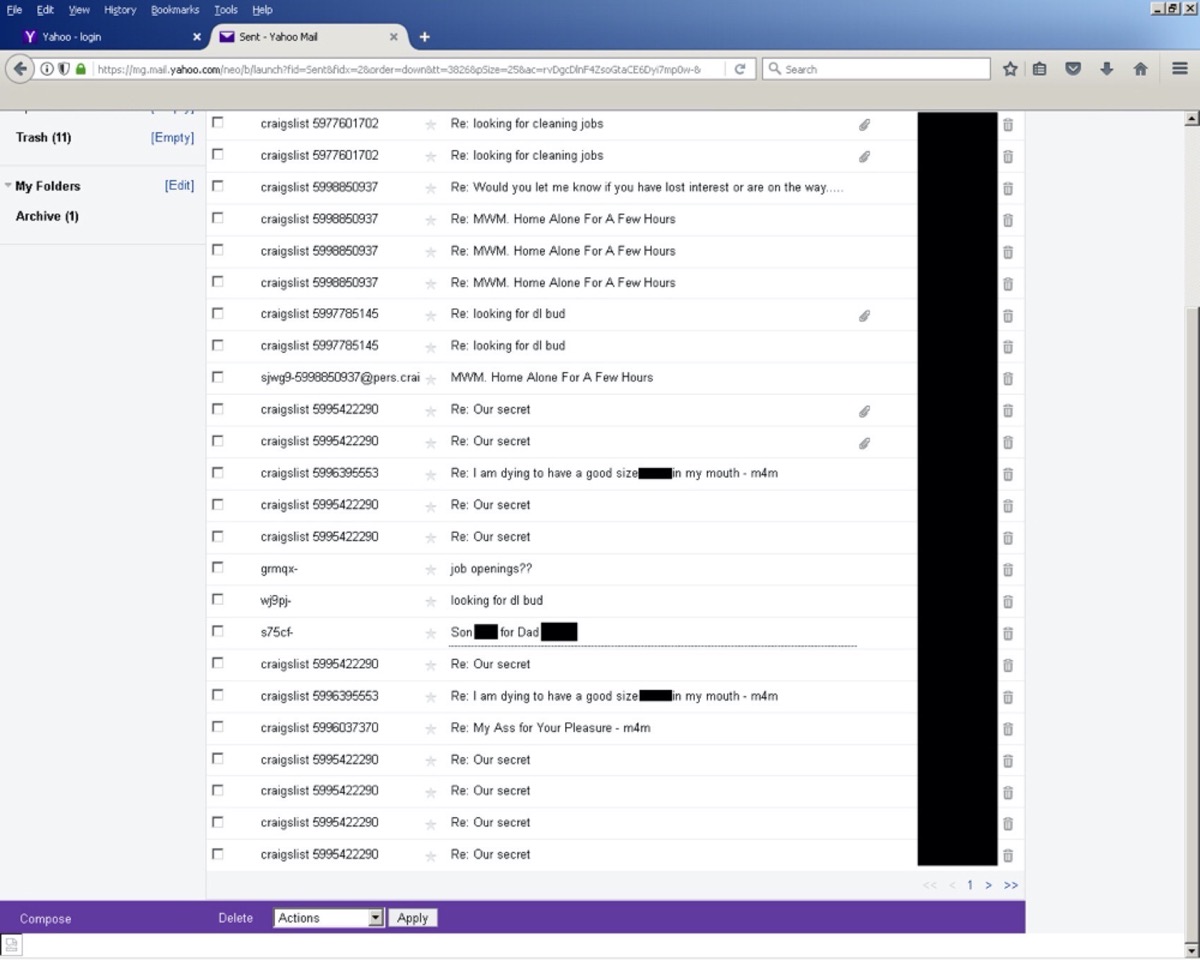 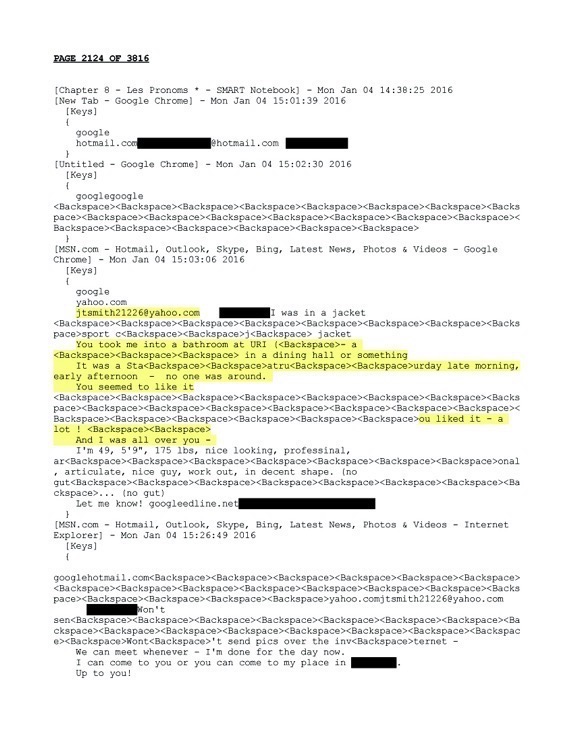